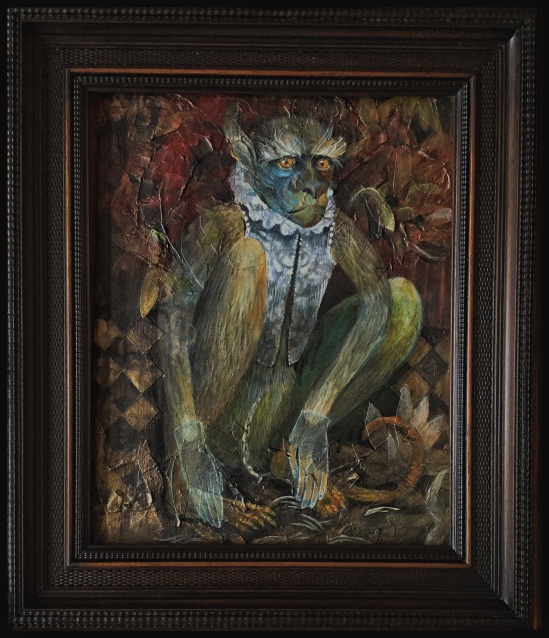 This is a painting about a monkey, Jean Factotum . He was owned  by a nobleman who as an experiment had Jeans hand cut off. The nobleman had a pair of silver hands made for his pet to replace the ones he had cut off. Jean was then handed over to the housekeeper/cook to look after as the poor creature couldn’t do anything for himself. He was then reported to be a very naughty monkey, destructive and aggressive … can’t say I blame him.

I have lost all my notes on where I got this tale from, but I know I was very affected by his story.

I found this frame in a junk shop and have ‘refreshed’ it with some black oil paint, I am really pleased with how it suits the painting .